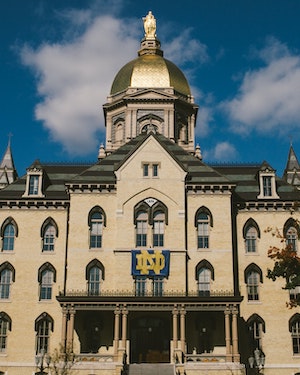 Andrew John Quinlan, 90 of Waverly, NY, passed away at the Sayre Health Care Center on April 26, 2022.  He was born on May 29, 1931 in Endicott ,NY to Elizabeth Marie Dooney and Timothy Robert Quinlan.  Andy was a proud graduate of Union Endicott High School.  Always active in sports, he excelled on the basketball court in the Elmira Blackhawk League.  In 1953 he moved to Waverly and started Quinlan Tree Service.  He married Marilee Elizabeth Lynch on February 27, 1965.  The two of them established the Quinlan Park Softball Complex in 1977.  Andy and Mart brought teams from all over the nation to the park and thousands of valley residents enjoyed summer nights watching games.  They continued to support and entertain the Valley with Quinlan’s Irish Festival and Quinlan Park Pub established in 1982.  Andy was a member of the Waverly Moose and Sayre Elks.  He proudly served as Mayor of Waverly and Tioga County Legislator.  As a proud Irish man, he spent his life as an ardent Notre Dame fan and loved talking about sports with everyone he met.

He is also predeceased by his in laws Ruby and Cyril Lynch, sisters and brothers in law, Ruth Ann and Harry Park, Thomas and Norma Lynch, Richard Lynch and Jerome Lynch.

Arrangements have been entrusted to the care of The Thomas Cremation and Funeral Service, 1297 Elmira St., Sayre, Pa. Those wishing to leave a sympathy message for Andy’s family may do so at thomascremationfuneralservice.com

To send flowers to the family or plant a tree in memory of Andrew J. Quinlan, please visit our floral store.